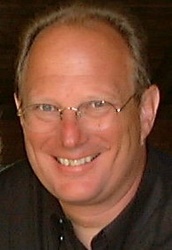 Scott C. Lewis B.A.Sc.(EE) has 3 successful startups, 2 major turnarounds and dozens of coaching and business development projects under his belt. In 30 years of tech entrepreneurship, he has developed product, sold, developed sales channels, managed the sales process, developed and managed advanced manufacturing, support and distribution... all through effective teams.
Scott has served on more than a dozen corporate and advisory boards where he contributes his operational expertise. 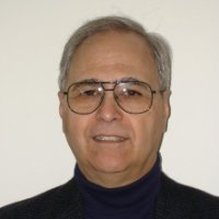 Dr. Robert Glorioso has held several senior executive positions and served the Board of Directors of both public and private companies.  His early career included engineering at several small companies, service in the U.S. Army (Captain) during Viet Nam and a Professorship in Electrical and Computer Engineering at the University of Massachusetts in Amherst.  He then joined Digital Equipment Corporation where he was Vice President of Large Systems, Vice President of Management Consulting, and was a member of the Pacific Rim Board of Directors.  After Digital he founded Marathon Technologies Corporation, a software company delivering high availability, fault and disaster tolerant computer systems, where he served as CEO, President, and Chairman.  Stratus Technologies Corporation acquired Marathon in 2012.  He is a co-founder of QC Avionix, LLC (batteryeliminatorstore.com) where he is still actively consulting.  He was a founding BOD member of Ultranet, an early ISP acquired by RCN and served as Board member and Chairman of Turbine Entertainment Software, a massive multiplayer games company acquired by Warner Bros. and served on the boards of Proteon and Netrix, both public network products companies.  He currently serves on the Boards Boston Logic, an SAAS web marketing company focused on the Real Estate market, and Interbit Data, an SAAS company serving hospitals. He is a founding Managing Director of Towerstone Group providing management assistance to start-ups and established firms.  Dr. Glorioso has published several books, technical and management papers and is a co-author of 6 patents.

Lloyd Watts, Founder and CEO at Audience Inc and Neocortix
Scott served on Audience's Corporate Board of Directors during years 2-4 of the company's history, representing a key seed investor, during which time I was the CEO. Scott provided expert and thoughtful guidance on all matters of growing the company, developing the team, adapting to my new role as CEO, fundraising, investor relations, etc. He was able to address difficult issues and facilitate communications while still preserving relationships, and always kept his focus on doing what was best for the company, even when there were differing opinions about what was best.
I would be pleased to work again with Scott if the opportunity should ever arise, and I recommend him highly.

John Gitelman  Consumer Products Entrepreneur at Bexy, M3 Medical
I've worked closely with the principals of Tower Stone for a number of years in several roles.
Bob is the consummate business executive. He is highly pragmatic and straight-talking while also possessing great vision, creativity and a progressive mindset. He is an innovator. As Chairman for M3 Medical his executive-level connections throughout the business and medical community were invaluable.
Scott is calm, rational and thoughtful which makes him an ideal team mate, collaborator and CEO/COO.  His ability to objectively examine a range of management issues and opportunities based on facts always results in the right course of action. His calm management style underlies his strong and steady ability to move teams and organizations forward to get things done.  I initially hired Scott to help me build Bexy's financial plan but he quickly became one of my trusted advisors and career coach as I assumed more of the CEO, CFO and CTO roles for the company. Because he's been there and because he has a thorough understanding of all that is involved with starting and running a company, Scott was an extremely valuable sounding board for me. His advice and encouragement always seemed to lead to the right action.

Valerie Norwood Burniece,  CFO & COO at Mission Hospice Bob is a brilliant mind, excellent manager of people, forward-thinker and a pragmatist.He has the ability to transform a group "large ego" individuals into solid and efficient teams and "get the job done".

Wayne Mason GM & VP of Sales, Integrys Ltd.
Scott was contracted by Integrys to assist the company with the development of incremental engineering services revenue and product development. Scott and I have participated in leadership team meetings and strategic planning. I am unable to recall a time where Scott was unable or unprepared to contribute significantly to these meetings. Scott brings us a great depth of experience and has helped us to build a significant team of talent while managing to keep us focused on longer term strategic initiatives. Scott's interaction with employees, management and customers has always been both highly effective and refreshingly genuine. I highly recommend Scott's work.

Brian Flippance, CEO Allan Crawford Associates
A Leader For All Seasons... I have worked with Scott for a number of years, both as a director and as consultant. He brings great insight and knowledge to the table. Scott is an expert at working with people and is a great teacher.  He certainly knows how get the best from people and allow them to grow.

Jim Bricker, Senior IT Systems Analyst at Massachusetts Eye and Ear
IScott’s unwavering ability to lead cross-functional teams with focus and vision in a competitive marketplace earned him my respect. It would be a pleasure to work with Scott again. I highly recommend Scott to any company that is struggling in this tough economy.

Susan Dufresne  Controller at Boston Centerless
Scott was able to instill a new vision and transformed the company from an old to new technology based company. He was strategically-focused and possessed exceptional leadership skills. He was highly effective in leading change.

Kevin Ricketts  Director, TACNAV Product Development at KVH Industries, Inc.
Scott is an innovative leader and team builder who takes a no nonsense approach to moving the business forward at all times. He developed his management team quickly and honed our skills as we performed under intense market pressure.